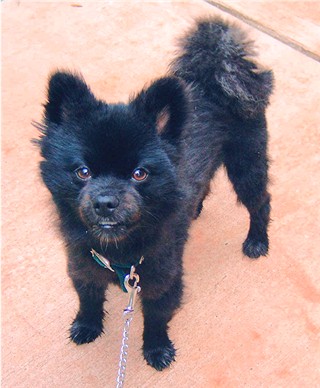 Baby Bear
I have another new rescue. A young, small black bear-Pommy. He is scared to death and a fear biter. The man called me and said he had been loose and someone must have kicked him, but that he was still alive..... All his hair has been chopped off. He bit the man and he showed me the bite in the parking lot of the grocery store. He signed an owner surrender release and then hung him by the neck to put him in my crate. At least the guy did try to get him to rescue and not Animal Control. They would have put this boy to sleep before the man had gotten back in his truck. There is a reason he left the engine running- when he met me in the parking lot ;0) He was afraid I wouldn't take him! This little boy had a mean bite-and he meant it. I used welding gloves and a padded jacket to handle him. We have already made a lot of progress. But it is going to be tricky........ I was told he had shot records at Petsmart, but they can't find them. He is only 1.5 years old and been passed around to at least 3 different homes. I have given him some calm down time in the crate, seperated from the others until I know he is not sick.
I have him scheduled to be neutered, and vaccinated on Monday. I pray he does not have HW. 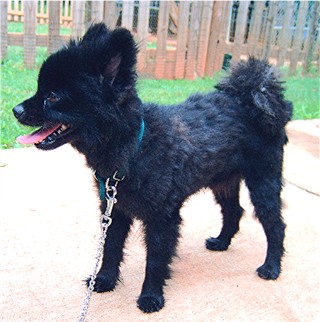 They called him Max- but that does not suit him. He looks just like a baby bear!
He has already made so much progress. I have only had him 36 hours and already he is accepting me and the other pups. Today I let him play with the other Poms. He acts like he does not know how to play. Timber is determined to show him how good it feels to be a pup!
I sat in a chair outside with him this morning and just let my hand dangle. He came up and rubbed his head under my hand. I wanted to cry! He was trusting me. All he has known is rough play, then biting, and then a beating. It was a viscious cycle, that I am determined to break. 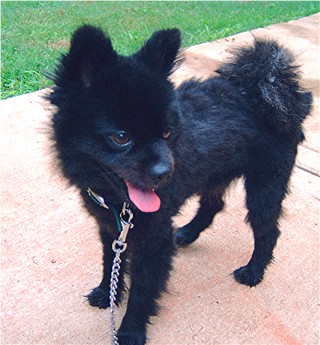 Tracker Jack has been feeling wonderful these days. I think that the warm weather has made him feel better. He was running around the upstairs this morning like a puppy. 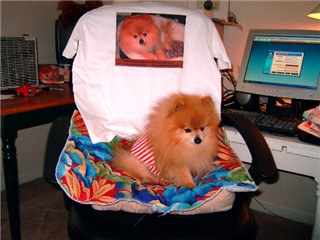